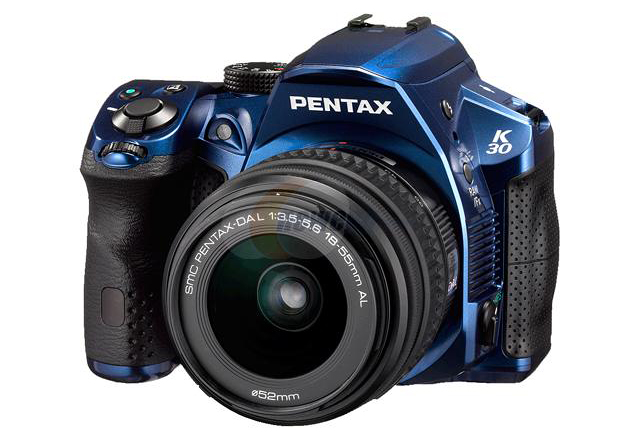 The K-30 incorporates the latest CMOS image sensor with a large image-capturing area measuring 23.7mm by 15.7mm. It assures high-speed image data readout to deliver super-high-resolution, rich-gradation digital images with 16.28 effective megapixels. This image sensor is coupled in the K-30 with the PRIME M imaging engine for the recording of high-quality, full HD movie clips (1920 x 1080 pixels, 30 frames per second). The camera also minimizes luminance noise at low sensitivities, while offering a wide sensitivity range between ISO 100 and ISO 12800 (or even ISO 25600 when expanded via a custom function).

Thanks to the 81 seals set in its compact, lightweight, portable body, the K-30 is built to be weather-resistant, dustproof and cold-resistant, as well as proven functionality in temperature as low as -10°C. This means that the K-30 can be taken along on outdoor activities such as camping and mountain climbing, for the joy of high-quality digital SLR photography without worrying about weather conditions. Its exterior has been designed to be both sporty and functional for active outdoor shooting: a large grip for a firm, secure hold of the camera; a low-profile pentaprism housing for reduced height; and a rounded, soft-rubber casing for firm hold of the camera during vertical-position shooting.

Despite its compact body that is smaller and lighter than conventional mid-level models, the K-30 comes equipped with a glass prism finder with nearly 100% field of view and approximately 0.92-times maximum magnification (with a 50mm f/1.4 lens at infinity) to cover the entire field of view for easy focusing and framing. Since it delivers a clear view of the subject even in bright sunshine and eliminates parallax and time lag in the viewfinder image, the K-30 responds efficiently and reliably to demanding applications and subjects, such as landscapes requiring delicate, high-precision framing, and sports scenes where the timing of shutter release is critical. The K-30 accepts a PENTAX-original Natural-Bright-Matte III focusing screen to facilitate manual-focusing operation. The photographer can replace the standard focusing screen with one of the available optional screens, including cross-lined and scale types, to accommodate more specialized applications.

The K-30 features the state-of-the-art SAFOX IXi+ AF sensor module, which assures responsive, high-precision autofocus operation by incorporating a diffraction lens to minimize chromatic aberration in accordance to the characteristics of each individual lens. It also factors the light source at the time of shooting into its calculations. Nine of its 11 sensor points have cross-type sensors to capture all kinds of subjects in sharp focus, while its spotbeam projector assists the AF system at poorly lit locations. The K-30’s AF algorithm has also been upgraded in all areas. A new select-area expansion function allows the sensor module to continue to track a moving subject, even when it moves out of a pre-assigned auto-tracking area, by assessing distance data collected by neighboring focus sensors. The accuracy and speed of detecting moving subjects during autofocus shooting, and autofocusing performance when using a telephoto lens, have been greatly improved as well.

When shooting sports, stage performances or wildlife, the K-30’s high-speed burst shooting function comes in handy, as it allows the photographer to record active, fast-moving subjects in a series of images — at a maximum speed of six images per second (in the JPEG recording format).

Thanks to the latest CMOS image sensor and upgraded algorithm, the K-30 offers a clear, true-to-life Live-View image (at 60 frames per second). It also features a focus-assist function to improve manual-focusing accuracy, as well as a choice of three grid display patterns including Golden Section.

The K-30 features the PENTAX-original Auto Picture mode, which automatically selects the most appropriate shooting mode for a given subject or scene from Portrait, Landscape, Macro and other distinctive shooting modes. The photographer can concentrate on image composition and shutter opportunity, while leaving all other camera settings to the K-30, including shutter speed, aperture, white balance, saturation, contrast and sharpness. The K-30 also offers 19 Scene modes — including Night Scene Portrait, Pet and Backlight Silhouette — to simplify the photographing of subjects and scenes too complicated or too demanding for inexperienced digital SLR photographers, by optimizing all camera settings with a simple choice of the corresponding icon on the camera’s LCD monitor.

The K-30 features the PENTAX-developed SR (Shake Reduction) mechanism, which effectively reduces camera shake for sharp, blur-free images even under demanding shooting conditions — such as when using a telephoto lens, shooting in the dark or at night without supplementary flash illumination.  This innovative mechanism works with almost all PENTAX interchangeable lenses — even those developed for film-format cameras.* Thanks to the SR mechanism’s flexible design that tilts the image sensor unit in all directions, the K-30 offers several useful features to assist the photographer during shooting, including: an Automatic Horizon Correction function to assure high-precision image framing and effortless adjustment of horizontal alignment; a Composition Adjustment function to allow minute adjustment of image alignment horizontally, vertically and axially; and an ASTROTRACER mode, to simplify astronomical photography in combination with the optional O-GPS1 GPS Unit.

9. A selection of image-processing tools for creative, personalized expression

The K-30 features the custom image function, which allows the user to easily and quickly select the desired finishing touch for a particular image, with a choice of 11 custom images, including Bleach Bypass to create a dramatic visual effect used in motion pictures, and Cross Process to produce a fanciful, eye-catching image with dramatic colors. It also offers a choice of 19 distinctive digital filters, including Miniature, which transforms an actual scene into what appears to be an image of miniature models. These filters add distinctive visual effects to captured images and produce creative, artistic images without the need for a computer. The user can further expand the creative possibilities by applying multiple filters to a single image.

In addition to the standard lithium-ion battery capable of capturing approximately 480 images with a single recharge,** the K-30 can also be powered by four AA-size batteries using the optional D-BH109 AA-Battery Holder. Since AA-size batteries can be easily obtained almost anywhere around the world, there’s no worry about battery shortages, even when on the road.

** Under testing conditions prescribed by PENTAX, using the D-LI109 Rechargeable Lithium-ion Battery with no flash discharges. 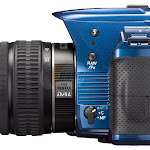 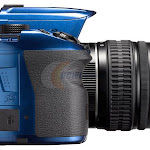 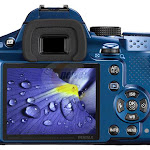 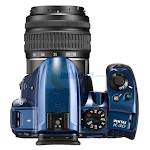